In general, country clubs and private clubs are not known for their culinary fare or flair, since club members often insist upon the tried and true staples (rack of lamb, seared scallops, New York strip steak, burgers and fries, etc.) and vociferously resist any departure from the usual suspects. This is not to say, however, that the executive chefs at these clubs are incapable of creating memorable culinary experiences when the opportunity presents itself. This was indeed the case at Normanside Country Club when Executive Chef Ken Ruud was given free hand to develop a menu for the Albany Chaine. Chef Ruud first demonstrated his creativity by fashioning a menu based upon food festivals throughout the world and utilizing the featured ingredient of a particular food festival as the centerpiece of each course. On November 27, 2016, 45 members and guests of the Albany Bailliage were privileged to witness and partake of Chef Ruud’s remarkable efforts in executing his vision.

Following a cocktail reception featuring a variety of tasty and attractively presented hors d’oeuvres, our initial dinner offering was oysters three ways (based upon the Galway Seafood Festival in Ireland). I dispatched mine so hastily that I neglected to take a photograph of the three victims of my voracious appetite. Wow, they were good, and made even better by a Loire Muscadet exhibiting a salty hint of the sea. Next was a sweet potato crepe with asparagus (both purple and white) accompanied by a green asparagus pesto, sweet potato puree and boursin cheese. Truly a delectable dish, but wine folks know that asparagus is not the friend of the grape. The heavenly match turned out to be a lovely Vouvray from Monmousseau whose texture, fruit and restrained acidity married perfectly with the course. A New Zealand Wildfoods Festival afforded the chef an opportunity to try his hand at more exotic fare. Although that festival has offered dishes such as grubs, larvae, possum and earthworms, we thankfully had to settle for a delectable pairing of braised alligator and green lip mussels in a curry broth. We felt that it would be interesting to sample two wines with this course and so we were served a Bouchard Chambolle Musigny 2005 and a lovely white Bordeaux, the Clos Floridene, Graves 2010. The members are still debating about which one worked best, but I observed that all of the glasses were emptied by the end of the course. Next was the garlic infused course of short rib and quail that again called for two wines. The Janotsbos Meursault from our cellar nailed the quail and the 1996 Chateau Peuch-Haut Saint-Drezery worked beautifully with the bolder flavors of the short rib. Our cheese course was inspired by an annual cheese festival in the Basque region of Spain. We all know that many red wines will complement cheeses, but I would submit that the 2005 Bouchard Aloxe-Corton from our cellar more than fit the bill and proved to be a loving companion. An amazing trio of desserts (based upon the Kona Coffee Cultural Festival in Hawaii) concluded the festivities and was fittingly paired with a Cockburns Special Reserve Porto that displayed an abundance of berry fruit with espresso and dark chocolate notes.

Chaine members and guests were impressed with how each course featured multiple components, flavors and textures, thus demonstrating this chef’s mastery over a variety of cooking techniques.

At the conclusion of the dinner, those in attendance greeted Chef Ruud with thunderous applause as Bailli Bill Harris presented the chef and the club’s managing partner, David Hostig, with an engraved Chaine plaque. What a night! 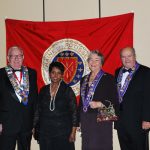 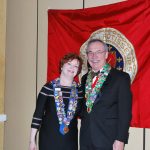 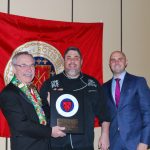 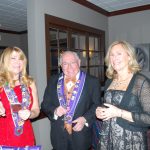 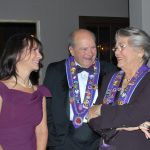 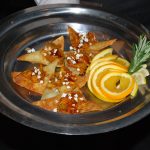 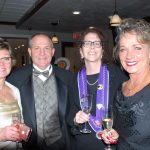 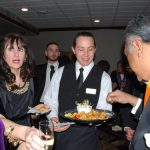 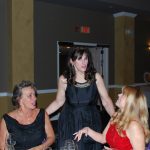 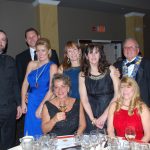 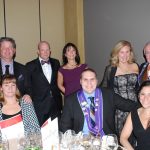 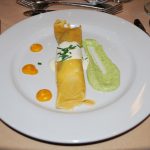 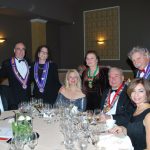 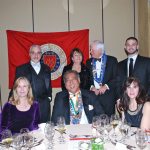 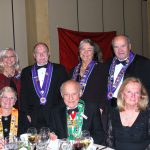 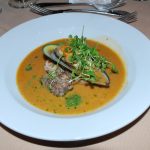 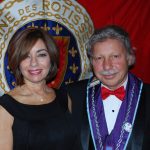 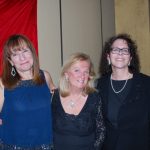 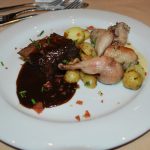 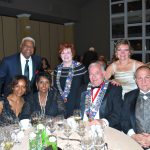 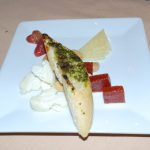 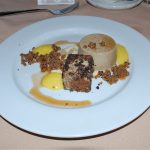 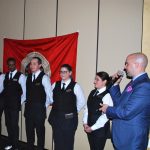 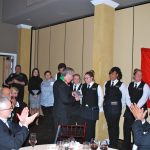 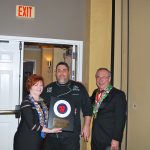 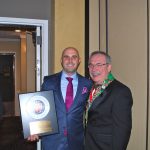 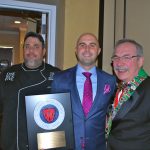 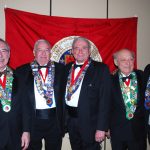 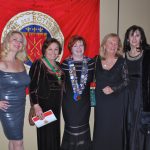 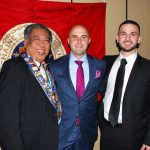