There were only hints of what we could anticipate when we received the invitation for our November 17, 2013, gathering at Angelo’s Bar & Grill. The phrase “peripatetic journey” sent us scurrying to our dictionaries to figure out what we might expect. Given Angelo’s outstanding reputation and stellar track record with Chaine events over the years, sixty-three of us took a leap of faith and headed to Clifton Park.

We were not disappointed! Surprises greeted us at every turn. Servers, looking like they had just stepped out of a Robert Palmer music video, welcomed us with bubbly. After the champagne reception that featured hors d’oeuvres organized around various themes such as “The Green House”, “Street Vendor” and “Savory Candy Land” by Executive Chef Michael Hinrichs, we progressed to our assigned tables only to find out that we would be moving to another room to begin a round robin of seven chef’s tables. Groups of nine diners spent 22 minutes at a uniquely composed table savoring a special course,that the chef plated and explained, before rotating to the next table. To keep us on track, a time clock was projected on a movie screen for all to see.

Dessert was nothing less than performance art. As we reconvened at our pre-dinner tables, the chefs began to swirl sauces of cinnamon, raspberry and coconut around bars of flourless chocolate cake and custard filled PVC pipe sections, set on a mirrored tabletop. Large chunks of freeze-dried chocolate mousse were the final addition. How decadent! We were in awe of Angelo, Chef Rotisseur Jaime Ortiz, Maitre de Table Hotelier Mark Delos and all of the Executive Chefs as we thanked them for an imaginative and innovative evening that we will never forget! 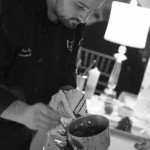 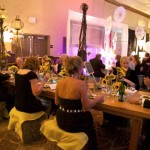 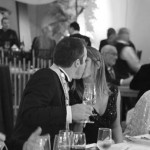 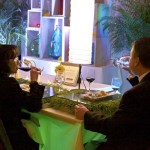 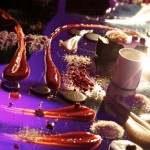 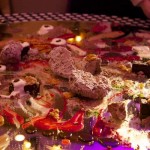 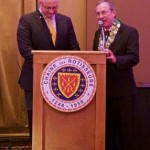 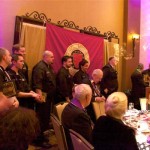 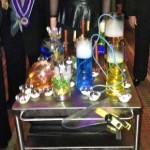 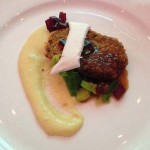 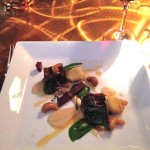 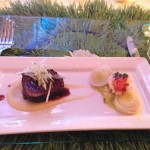 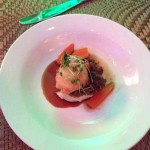 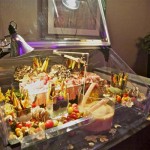 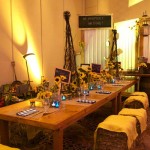 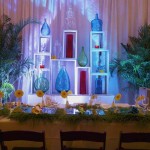 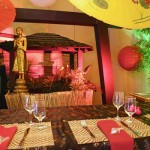 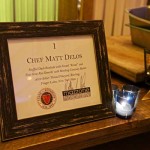 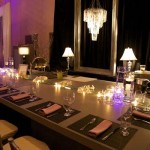 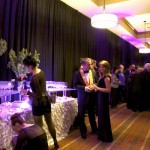 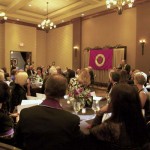 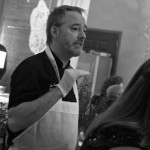 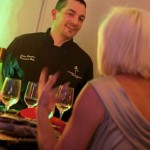 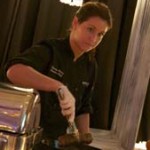 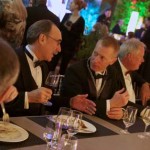 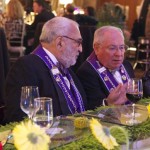 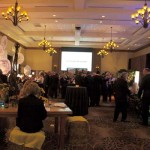 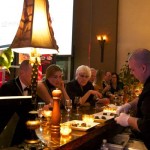 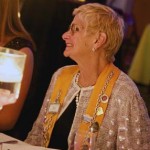