There is a local advertising slogan that claims “Saratoga is the August place to be!” But for 98 conferees and guests of the Albany Bailliage, clearly Saratoga was the November place to be! The venue was the crowning jewel of Maître Rôtisseur Angelo Mazzone’s ever growing collection of fine dining establishments in the Capital District: Prime at Saratoga National.

As we moved to the dining room, a talented Doo Wop quartet, The Flipsydz, serenaded us and continued throughout the dinner, moving from table to table. A 50’s motif graced each table and carried over to the uniforms of the servers, each of whom changed from traditional service outfits during the reception to 50’s inspired Tee Shirts for the actual dinner. Executive Chef Jason Saunders dazzled us with his updated spin on 50’s cuisine. Cheeseburgers became duck confit sliders on brioche buns with goat cheese and duck fat fries. Instead of coke, we quaffed Villa Crespia, Franciacorta Novalia NV. Chef Boyardee would have been proud to serve this spaghetti and meatballs “in a can” accompanied by Altesino, Rosso di Montalcino 2009. The wine was medium bodied, spicy and earthy with a mushroom aroma. A great pairing with Italian foods! Next we rock and rolled with chicken fried chicken: buttermilk-soaked thighs, sausage and roasted garlic gravy served with Mer Soleil, Unoaked Chardonnay, Silver 2010.

What would the 50’s be without a TV dinner? Ours consisted of mini veal meatloaf, braised veal short ribs, garlic whipped potatoes and asparagus with quail eggs and truffles. Of course, there was an apple crumble to make it all complete. Swanson would swoon with envy, especially after we washed it all down with a fabulous Heitz Cellars, Cabernet Sauvignon, Trailside 1998!

The dessert course was an ode to Elvis: peanut butter mousse and caramelized bananas, crisp bacon wafers and bacon ice cream. You were right, Elvis. You can never have too much of a good thing! American Bandstand was recreated for our dancing pleasure after dinner. The Lustre Kings played all of the old favorites from the 50’s while dancers bopped the rest of the night away.

Bailli Bill Harris made a special presentation to Maître Rôtisseur Nicole Plisson of the Chaine plaque salvaged from her beloved former restaurant, Nicole’s Bistro in downtown Albany. It was a touching moment! 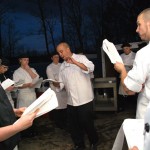 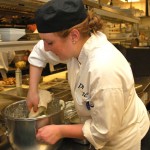 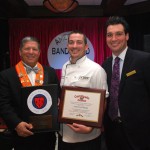 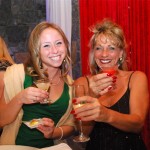 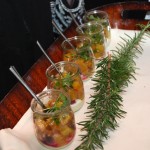 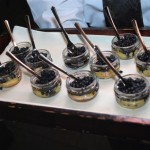 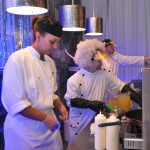 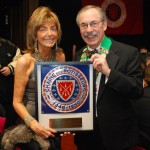 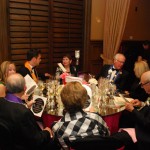 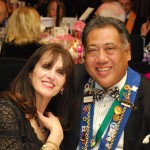 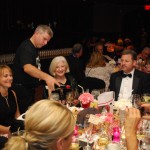 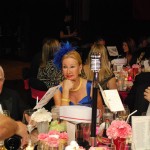 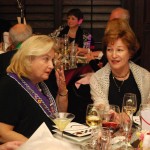 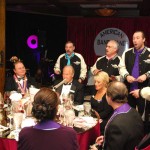 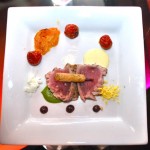 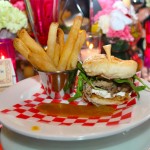 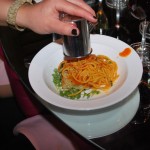 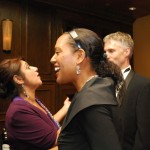 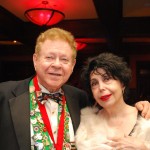 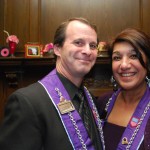 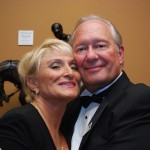 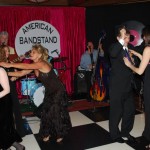