June 5th was a special night at The Desmond Hotel and Convention Center for the eighty-nine members and guests of the Albany Bailliage, which convened for its annual induction ceremony. Chambellan Provincial Gabor Huszar presided over the induction ceremony assisted by Chambellan Provincial Frank Tate, Bailli William M. Harris and Vice Conseiller Culinaire Yono Purnomo as the Albany Chaîne welcomed eight new members and elevated Stuart Horn to the office of Vice Conseiller Gastronomique and Mary-Ellen Piché to Vice Chargée de Presse. Music, in various forms, added a mix of mirth, beauty and surprise to the celebratory dinner.

“East Meets West” was the theme of the reception, which took place in the spacious courtyard of The Desmond. On the “East” side, guests were greeted by kimono-clad geisha girls while two sushi chefs labored furiously to create a variety of hand rolls which delighted both the eye and the palate. The clam/oyster shooters were also a big hit in the Asian-styled venue. Over at the OK Corral, cowboys tended bar and sultry saloon gals posed languorously against the wood railed fence as guests sampled carved Kobe round, foie gras mousse and an array of fine cheeses. Veuve Clicquot was amongst the many libations proffered.

The colorfully clad Mummers Band from Philadelphia ushered the group from the induction venue to the dining room where Albany Pro Musica, an illustrious acapella group, awaited to share some of their tried and true favorites. The departure of Albany Pro Musica was not the end of our entertainment as a harpist and a pianist alternated sets throughout the entire evening.

A beautifully presented lavender poached lobster with sea salt roasted Anjou pear, golden pineapple and saffron elixir was paired with Francois Pinon Vouvray, Silex Noir 2009. The rich, oxidized flavor of the wine worked well with the fruit and herb flavors of the dish making this one of the high notes of the evening. The next duet was a seared venison loin and marinated black mission fig in glace de viande matched with Domaine du Joncier, Lirac, Cotes du Rhone 2008. This fruity wine needed the gaminess of the venison and the richness of the demi glace to bring out its full potential. The combo was a hit with all!

Next came an interlude of micro greens with spicy pecans, heirloom tomato and a sanguinelli drizzle. The last course presented a tough choice to the conferees. Should they have the Joseph Drouhin, Gevrey Chambertin 2004 with their prime filet of beef or the Chalk Hill, Cabernet Sauvignon, Sonoma Valley 2003? Wise diners chose both and were not disappointed. The pinot noir, with a scent of cherries and brick red in color, stood up well to the filet, which was seared to perfection and accompanied with a roasted shallot demi and crunchy fiddlehead ferns. The Cabernet Sauvignon was powerful!

Dessert was a symphony of violins in both presentation and music. A deconstructed Napoleon came in various, interesting forms. Crispy phyllo, in the shape of a cello, rested on a chocolate stand. English custard and macerated strawberries added smooth and sweet notes as did the strolling violinists. This dish was a fitting final note to a joyous evening.

However, our hosts had one final surprise as, upon our departure from the dining room, each guest received a porcelain charger plate embossed with the Chaîne logo and the menu from the evening’s dinner to serve as a keepsake and fond reminder of a most memorable experience. 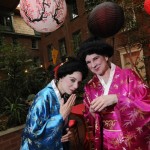 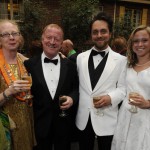 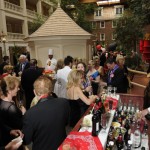 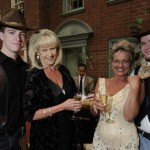 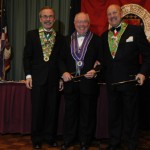 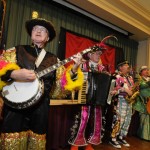 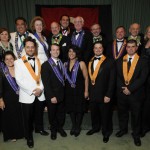 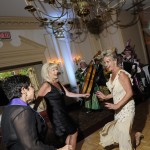 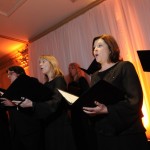 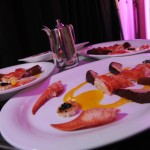 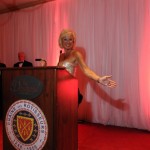 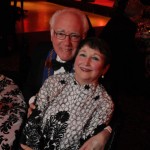 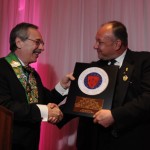 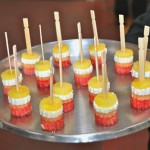 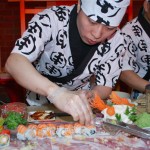 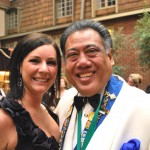 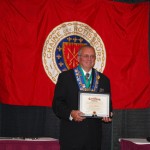 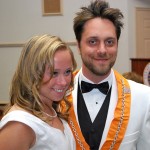 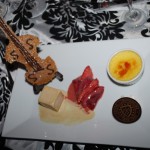 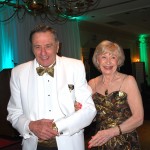 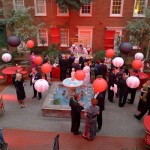