Since Yono’s is arguably the finest restaurant between New York City and Montreal, the expectations for our April 21st induction dinner were high indeed. The restaurant has garnered more national awards and accolades than any other in our area and alumni of Yono’s kitchen and front of the house are now working in many of the top restaurants in the country. Officier Maitre de Table Restaurateur Dominick Purnomo, Yono’s son and co-owner, developed a theme of locally grown, raised or crafted produce, meats, fish and cheeses for this dinner, and the menu provided the names of each business that contributed to the creation of the meal. In addition, two of the purveyors attended the dinner and between courses gave us insights relating to the production of butter and the raising of rabbits. The take away was that it is much easier to be a consumer of food than it is to be a creator of food products, and we all were impressed by the many hours of intense labor expended to bring these delicacies to our tables.

In keeping with the farm to table theme, the reception featured a banjo player who entertained while 61 Albany members and guests quaffed Nicolas Feuillatte Champagne and munched on tasty hors d’oeuvres such as fingerling potatoes with crème fraiche and caviar, foie gras macaroons, mini hot dogs with cipollini onion relish, mustard, curry ketchup and kim chee and spring pea soup.

Our appetites temporarily subdued and our thirsts momentarily slaked, we adjourned from the bar area to Yono’s restaurant which had been transformed into our induction room. Chambellan Frank A. Tate, Jr. did a masterful job in presiding over the induction of Chevaliers Frank Erlich and Carl Rosenbloom and Chef Rotisseurs Joan A. Dembinski and David E. Brough. Bailli Bill Harris then
presented prestigious Commandeur badges to Jacob H. Herzog, Jr., Gwendolyn Joy Schaefer and William M. Schaefer for 20 years of membership. The final award was the Bronze Medal of Honor presented by Bailli Harris to Vice Echanson Michael A. Thomson for his contributions to the Mondiale.

Our next stop was the banquet room where we were entertained by a three-piece jazz trio and treated to a six course meal that would delight any gourmet. The first course was Poached Island Creek Oysters with Chili, Garlic, Ginger, Cowbella Butter and Chives accompanied by a 2003 Domaine Coste-Caumartin, Saint-Romain Sous le Chateau. The wine had mellowed because of its age, but that allowed the elements of the dish to shine through and the pairing was a winner. For the next course we were treated to two wines: a 2011 Cardone “Falera”, Fiano, Valle d’Itria and a 2011 Gran Sasso “Alta Quota” Pecorino, Terre di Chieti. The course itself was Pan Seared North Atlantic Halibut with Mussels, Fennel, Story Farm’s Potatoes and Bouillabaisse Sauce. Amazingly, each wine worked well with the course, but each went better with disparate elements, so having both wines available was an educational experience. Wanabea Farms provided the rabbit for perhaps the most well received course of the evening. We were served a rabbit loin wrapped in Benton’s bacon and a rabbit leg confit with Rabbit Jus, Mushroom Fricassee and Spinach Crepe. To say this course was delectable would not do it justice. Of course, it didn’t hurt that the paired wine was a 2006 David Duband, Echezeaux, Grand Cru, from our Chaine cellar, which, although young for a Burgundy, did not overpower the
delicate flavors of the rabbit dish. The next course featured another duet. This time it was Kilcoyne Farm’s beef prepared as both a short rib and a slow roasted strip and accompanied with Potato Subric, Fiddlehead Ferns, Celeriac Puree and Carrots. The wine, again from our cellar, was a full bodied and complex 2002 La Closerie de Fourtet, Saint Emilion, Grand Cru, that was drinking splendidly and was the perfect match for this meaty course. The meal continued with a fabulous Cheesecake utilizing R&G Cheesemakers Chevre produced in neighboring Cohoes, New York. The cheesecake was artfully presented over Lloyd Spears Wild Flower Honey, Sweet Peas and Pea Tendrils and was accompanied by a 2011 Bera Moscato d’Asti from Piedmont. Our dinner ended in a torrent of
Strawberries featuring a Strawberry Ice Cream Sandwich, an “Adult” Strawberry Milk Shake and a Chocolate Covered Strawberry. 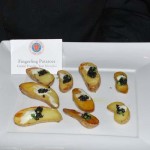 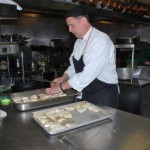 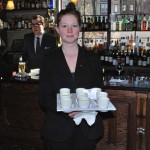 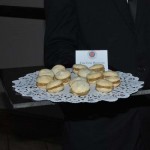 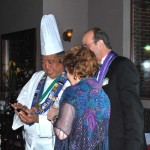 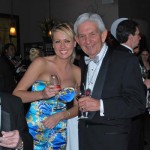 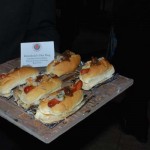 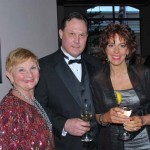 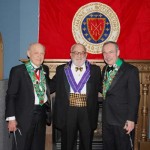 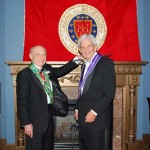 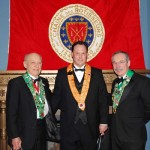 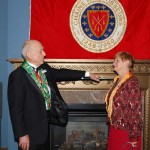 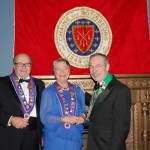 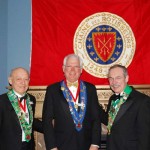 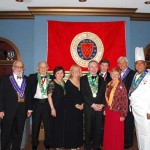 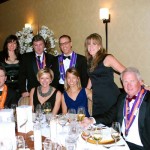 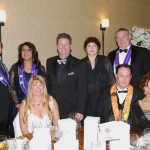 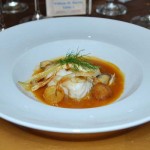 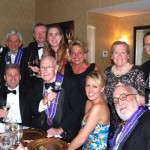 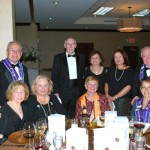 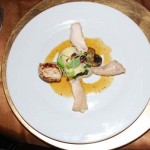 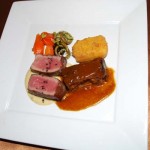 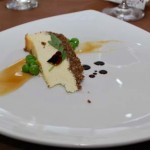 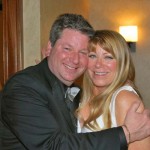 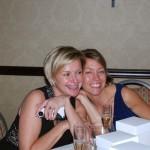 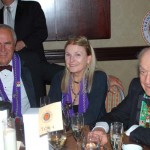 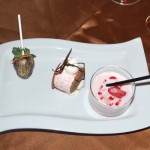 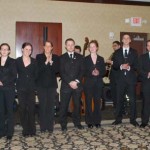 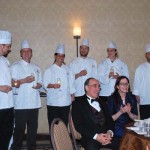 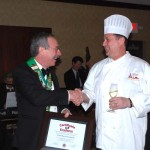